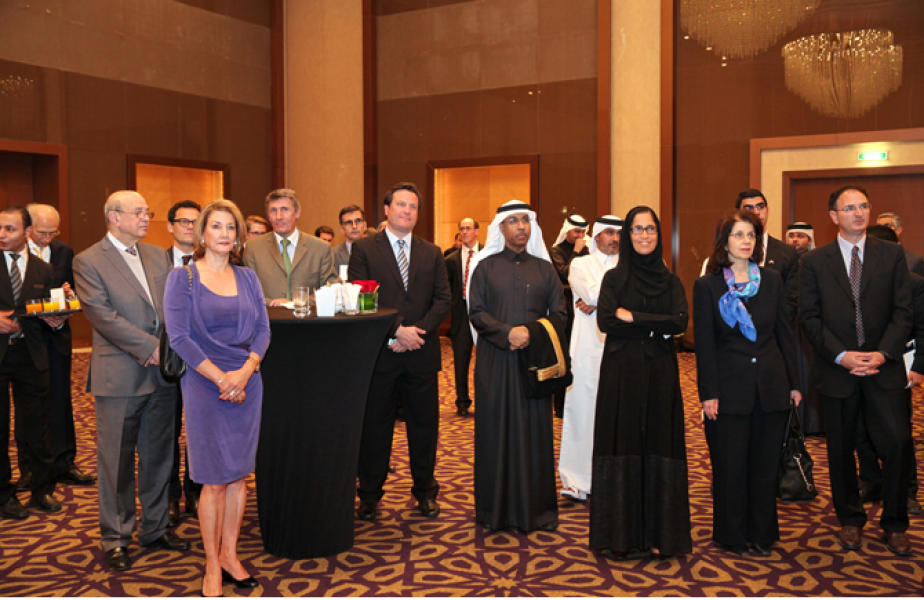 It was attended by H.E. Dr Hessa Al-Jaber, Minister of Information & Communications Technology, US Ambassador in Qatar, Susan L. Ziadeh, Es’hailSat CEO, Ali Al Kuwari, and a number of senior executives from satellite operators and service providers in the MENA region.

Es’hail-1 was launched on 29th August 2013 and following a series of in-orbit tests and maneuvers, the satellite officially entered service on Qatar National Day, 18th December 2013.

John Celli, President of SSL said:  “On behalf of SSL I would like to congratulate Es’hailSat and the four Es'hailSat internship graduates on the commencement of service of Es’hail-1.  It has been an honor for SSL to team with Es’hailSat to help build a satellite industry for Qatar that adds a new dimension to the country’s diversifying economy”.

Ali Ahmed Al Kuwari, Chief Executive Officer of Es’hailSat, commented: “The entry into service of Es’hail 1 on National Day, marked an important achievement in providing Qatar with broadcasting independence, quality service and wide geographical coverage for video, enterprise and government communications.  SSL, with over 55 years’ experience and 2,000 satellite years on orbit has become an important partner for the Es’hailSat program. We would like to thank them for their valuable contributions in the provision of our first satellite and empowering local Qataris to develop their understanding of all aspects of the technical and commercial satellite industry”.

Es’hail-1 will help to meet the rapidly growing communications needs in the region and is Es’hailSat’s first step toward becoming a center of excellence in the region, developing a sustainable national satellite industry, and contributing to the success of the country’s 2030 vision.

In addition to building Es’hail-1, an SSL 1300 satellite - a decades-proven, modular platform with high power capability and flexibility for a broad range of applications, the successful teamwork between SSL and Es’hailSat included the provision of an intensive two-year satellite engineering internship which helped train four engineers to become the country’s first satellite operator engineers.  Under SSL’s guidance, they followed Es’hail-1 through design, manufacture, test and launch.