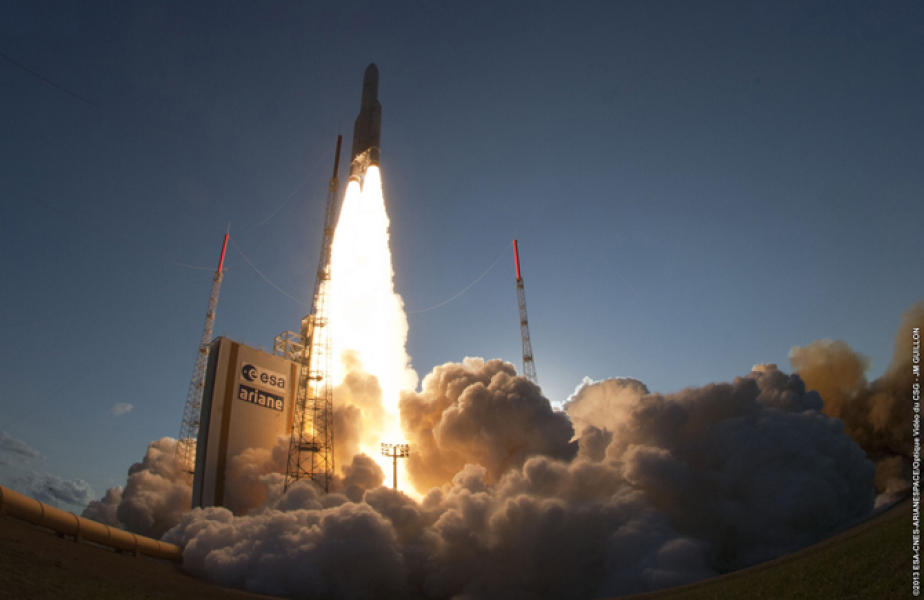 Today, August 29th 2013 was a monumental day for Es’hailSat and the State of Qatar as we witnessed the successful launch into space of Es’hail -1, Qatar’s first satellite.  A VIP delegation from Qatar, including HE Dr Hessa Al Jaber, Minister of Communication and Information Technology, travelled to French Guiana in South America to witness the historic event.

Es’hail-1 was launched into space on board an Ariane 5 rocket from the Kourou spaceport in French Guiana.  Lift off of the Ariane rocket carrying the 6.3 tonne satellite took place at 20.30 UTC.

The solar panels were deployed within four hours of separation from the launch vehicle and then preparations were underway for the first firing of the four apogee motor to complete the spacecraft’s journey into orbit.

Attending the event, Ali Al Kuwari, CEO of Es’hailSat, said: “We are immensely proud to have witnessed here in Kourou the birth of a new star over Qatar with the successful launch of our Es’hail-1 satellite.

The Es’hailSat program plays an important strategic role as Qatar works to meet the rapidly growing communications needs in the region.

With the arrival of Es’hail-1, we have completed the first step in our mission to become a centre of excellence in the region and develop a sustainable national satellite industry”.